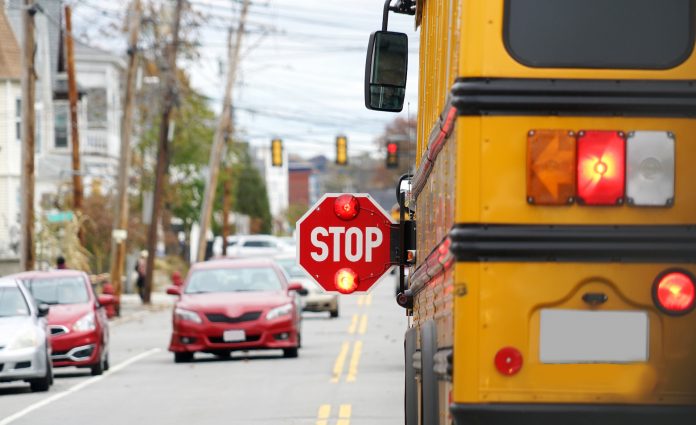 Indiana Gov. Eric Holcomb called on more than 200 law enforcement agencies across the state to begin conducting extra patrols this fall to safeguard students as they load and unload from the school bus.

Over the next couple of months law enforcement officers will be positioned along bus routes and at stops to identify motorists who illegally pass a bus with its stop arm extended and red lights flashing, as well as those that are speeding and driving aggressively.

The overtime patrols announced on Wednesday are part of the state’s Stop-Arm Violation Enforcement (SAVE) Program, which was developed by the Indiana Criminal Justice institute last year and is funded by the National Highway Traffic Safety Administration. Through the program, grants are awarded to law enforcement agencies to conduct high-visibility patrols along bus stops and routes, which are identified by local school districts and bus drivers as problem areas.

“Police officers are stepping up their efforts to keep kids safe, but they can’t be in all places at all times,” Holcomb said. “School bus safety is everyone’s responsibility. That means paying attention to the road and driving cautiously when buses are around.”

Last year, the state reported more than 2,500 stop-arm violations in a single day, which equates to an estimated 450,000 violations over the entire 2019-2020 school year.

The state increased its efforts to combat illegal passing after three siblings were killed in Rochester, Indiana, while crossing a rural state road to board their school bus in October 2018. In working to address illegal passing in the state, lawmakers passed legislation last year which increased the penalty for stop-arm violations.

This year, SB 219 was introduced on Jan. 6. It aims to permit the seizure of a vehicle observed to have recklessly passed a stopped school bus during student loading and unloading. The bill remains in the Senate at this writing.